The past decade has seen Staphylococcus bacteria become a public health hazard. Mankind’s once seemingly limitless dominion over bacteria is no more. Bacteria, especially Staph, continue to chew through our existing antibiotic supply and our research pipeline cannot keep up. 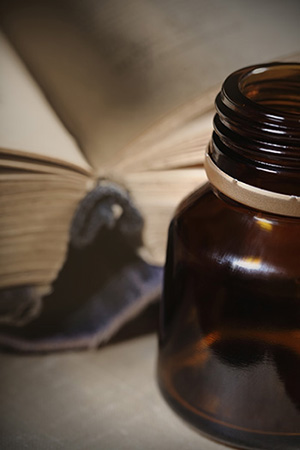 Bald’s Leechbook is an Old English Remedies book composed sometime around the 8th or 9th century.

The earliest know Anglo-Saxon medical text is Bald’s Leechbook. It was composed sometime around the 8th or 9th century for a man named Bald and survives to this day. It records many Old English remedies a healer of that day could call upon. Treatments for male impotence, cough, aching feet, and headaches are found alongside potions to aid men in tolerating women’s ceaseless chatter.

For a thousand years we have ignored this work, relegating it only to a historical curiosity. After all who would believe elves and dragons could be behind your gouty toe? Some curious researchers from the University of Nottingham and Texas Tech University thought differently and decided to test Bald’s ointment for styes (Staph infections of eyelashes). What they found was remarkable.

The recipe called for garlic, leek, honey, wine, onion, and fresh bile from a slaughtered cow. Bald evidently did not feel listing the exact type of wine to be of importance and some of the vegetables grown today differ slightly from a thousand years ago. Luckily the researchers were well versed in Anglo-Saxon history and deduced the correct formula. The two scientists are part of a club that re enact Middle Age mock-combat by donning armor and, with blunt weapons, beat each other up in a local park. Did I fail to mention the two scientists are women? 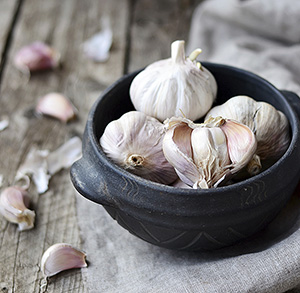 Researchers tested Bald’s Leechbook natural recipe with ingredients such of garlic, leek, honey, and wine on Staphylococcus bacteria and it killed ninety percent of the bacteria.

They next pitted the ancient cure against the dreaded MRSA (the infamous drug resistant Staph). MRSA did not exist until a few decades ago. Surely a thousand year old remedy would wither before the might of this modern killer. But when they checked their Petri dishes the next morning, another ninety percent kill rate was tallied. Bald’s remedy had gone Beowulf on the Staph!

But despite sending legions of Staph to the halls of Valhalla, there is one foe it likely cannot slay: The FDA. As impressive as a ninety percent kill rate sounds, the regulatory hurdles and lack of big money champions will likely keep this out of mainstream medicine. But if we ever do eventually exhaust our antibiotics, it would be foolish to put the recipe back on the shelf to collect dust.

A nineteenth century translation of Bald’s Leechbook is available online for the curious. Who knows what other hidden gems are waiting to be rediscovered? And for those of you wondering about that cure for a chattering woman, here it is: ‘Against a woman’s chatter; taste at night fasting a root of radish, that day the chatter cannot harm thee.’